This double-elimination tournament continues through the summer as survivors wade their way through the bracket in quest of ultimate supremacy. 2017 Champion Lord Greg Singleton will seek to invoke his harsh reign for another year in 2018 against the usual strong field of challengers. The date for the 2018 bracket draw that kicks off this event is Saturday, June 11.

Yes, 3:30 pm with the doubles championship to be determined under the lights of the upper green.  Another can’t miss competition for players intent on achieving semi-immortality on the Winners’ Wall at Woodland Park. The 2016 Doubles Tournament happens Saturday, July 16.

Club sponsored 4-person tournament open to all, refined club members and unwashed masses alike. Let’s have a strong showing of teams from Woodland Park this year. The 2016 date is Saturday, July 30. Click for registration form.

Players are assigned to teams by random draw. All you need to do is show up and represent your team in matches that include full teams, doubles and singles. Wear a clean shirt in case you find yourself posing for photos with a first-place medal around your neck. The 2016 date is Saturday, August 13.

Woodland Park beat Auburn in the 2014 challenge to take a 4-2 advantage in this annual challenge. Club members, stand up and be counted as the series travels to Auburn in 2016 on Saturday, Sept. 3.

First-year members are eligible to compete in this tournament, along with returning members who play infrequently and have not participated in any previous novice tournament at the Club. The 2016 date is Saturday, Sept. 10.

This event is not organized by our Club nor held at our site, but many of our members participate each year in this tournament that celebrates all things Italian. The 2016 dates are Saturday, Sept. 24 and 25.  Click here to download registration ap. 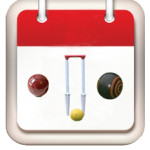